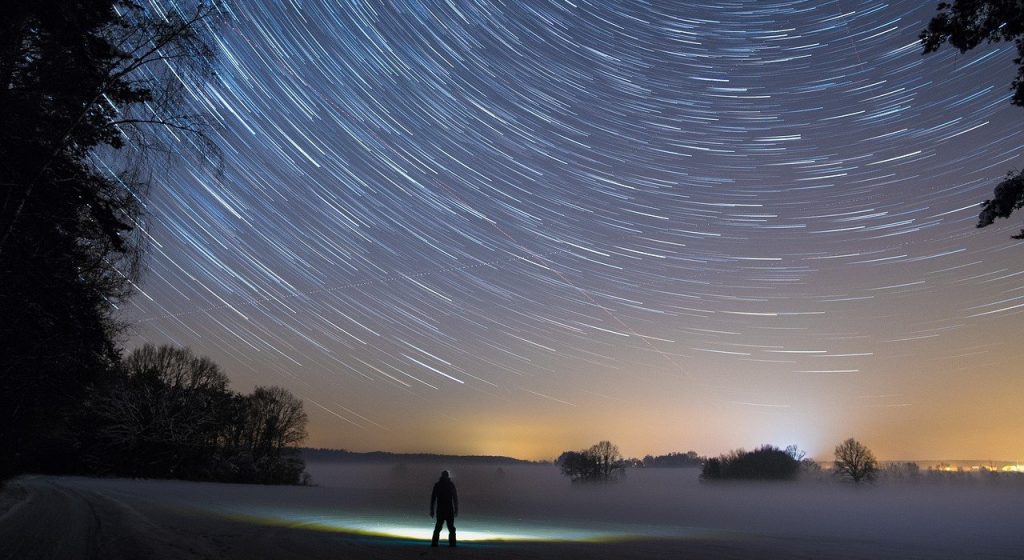 The SDR Model is Broken. Let’s Fix it.

I recently watched Aaron Ross and Collin Cadmus talk about issues within the sales development world.

They drop a lot of hard truths in that hour – the most important of which is this:

The SDR Model is Broken

Taking a kid out of college and expecting them to generate revenue after a couple of weeks of training is…well it’s absurd.

Now don’t get me wrong – I think SDRs themselves are incredibly valuable. Quite possibly the most valuable employee within your sales org. But the way we’ve managed the function over the past 10 or so years has tanked its value considerably.

Or as Aaron Ross said it, “Outbound works. You just need to be better.”

In my opinion, there are three major reasons behind this fall from grace – Ramp, Reward, and Recognition (there are plenty more, but I’m focusing on just these three for now).

Those three things contribute to a decrease in Tenure, a key metric in determining the overall success of an SDR.

I argue that companies should want SDR tenures to increase. Longer tenured SDRs are often more successful and easier to manage than new SDRs. In each section below I’ll dive into the issues behind Ramp, Reward, and Recognition, and how each one contributes to a decrease in SDR tenure. Then, I’ll talk about how to fix it.

The webinar in reference really is eye-opening. And, if you already think the model is broken in some way, a great affirmation of the current state of sales development. I strongly encourage you to watch the recording (linked again here) before diving into my blog.

When you think of an SDR who’s fully “ramped” – what do you see?

Ronen Pessar and I chatted about it on LinkedIn briefly, the difference between the two. You can teach an SDR how to do the job in a week, but you can’t prepare them to perform at a high level in a week.

It’s more than just having a phone, a list, and a pitch. There are nuances to the SDR role that you can’t teach someone in just a week or two of training. Think:

🎭 Adding Personality into their Outreach

It’s a lot for a new SDR to take in, let alone “master” in a few short months.

Long story short, the job is just harder than it used to be.

We used to just teach someone how to dial a phone and how to send an email. Now, they have to use all these different tools for research, data collection, account mapping, etc. AND they have to learn how to say the right thing, craft the right email, add enough personalization, target the right ICP…that’s A LOT to learn in just 3 months.

Quota isn’t the problem. It’s how fast we’re expecting people to get to that level of performance that’s the problem.

And don’t get me started on quotas. Plenty of companies have achievable goals, and after 6 months on the job you can expect reps to have the skills & practice to hit them. But that’s not always the case:

“Sales targets are set to unachievable levels because the public company you work for must see growth otherwise shareholders sell stock, it collapses and you get fired. This means your CEO chases the sales director for results, who chases their sales managers who then chase you.” – Why Working in Sales Will Kill You (The Real Truth)

So we have these unrealistic expectations of how quickly an SDR can ramp up, coupled with quotas that are (in some cases) unachievable. It makes for a messy situation.

How can we fix it?

I look at the training & development of these SDRs for the answer. Because a lot of organizations aren’t putting enough effort into training their SDRs and setting them up for success. And at the root of unrealistic ramp times is the training process behind building a high-performing SDR.

Companies that shirk the training and onboarding process for their reps fall into a cyclical trap:

🚀 They view the SDR role as a ‘stepping stone’ to something bigger & better (like an AE, sales engineer, manager, etc.).

⌚ Since they view the role as short-term, why bother building out a 6-month training & development program if you expect their tenure to be less than a year?

➕ Reps don’t go the extra mile because they see a lack of effort from management to build their skills, so they either jump ship and find a new company or struggle for ~3 months.

🔥 Struggling reps get fired, and the whole cycle repeats itself again with a new crop of SDRs.

Put simply, we don’t build processes that incentivize or even allow SDRs to make it to that next level, we just try to kick them out the door as fast as we can.

Unrealistic ramp times result in SDRs who leave/get fired well before they can learn how to be an effective SDR. To increase that tenure and speed-to-ramp process, companies need to invest more in their training, onboarding, and development programs.

SDRs who jump ship are typically doing it for two (closely related) reasons:

SDRs are at the bottom of the totem pole when it comes to salary – it’s an entry-level job, after all. But it simply doesn’t pay enough for someone to stick it out at a poorly managed company.

And why would they? Not only are we trying to kick them out the door ASAP, but we entice them to do so with the promise of an AE job that pays ‘$300K OTE’. No one in their right mind would want to keep being an SDR if they can 5X their salary within a year.

Especially when you pay them on JUST meetings booked, which incentivizes them to just toss anything they can over the fence to their AE counterpart. This causes friction between the two teams, as it creates problems around qualification, communication, and lead development.

SDRs who constantly fight with their AE, don’t get paid all that much, and don’t have a clear progression plan in place tend to leave earlier rather than later.

It’s a big problem. But we can fix it.

“But why would I pay an entry-level role anything more than $40K/year?” you ask.

I argue that it’s because SDRs are one of (if not the most) valuable roles at your company. And if you’re taking a valuable commodity like your SDR and paying them less than everyone else, something is wrong.

Now I’m not advocating for you to start paying your SDRs like you pay your AEs, but something has to be done to incentivize your reps to stay longer than the current ~1.5 year tenure. Why? Because the longer your SDRs stay SDRs…

🤑 They’ll be more successful as an AE

Here are some ways you can better ‘reward’ your SDRs to incentivize them to stick with you for the long haul:

It’s important to note that not all SDRs are future AEs. You can give them a chance to dip their hands into customer success, marketing, management, product, etc. and see where that might take them. Building that into their role will encourage them to stick around and try out these new roles, all while keeping their day-to-day SDR role intact.

Too many companies view the SDR role as just a gateway to a more lucrative position, and they don’t stop to think about how that mentality pushes reps out the door too early. Limited future success, high churn, and team variability are good enough reasons for you to want tenure to increase, and companies need to find alternative ways to compensate their reps to encourage them to stick around.

Has there ever been a role like the SDR? Someone with so much weight and responsibility on their shoulders, yet they get shoved to the bottom of the totem pole at virtually every organization.

Here’s an opinion that is certainly not my own: The SDR position is arguably the most difficult AND important position at a company.

How did that sit with you? Do you agree or disagree?

Think about it like this: without a strong SDR function, you hit certain limits. Inbound marketing can only be so effective – if you really want to scale your revenue, you have to supplement them with an outbound function.

And according to Collin Cadmus, “The only thing that has no limit is outbound.”

Add the fact that these conversations contribute to a whole lot more than outbound meetings – you gain access to the voice of your prospect’s in real-time through your SDR team. They capture anecdotal notes, competitive intelligence, industry trends, etc.

And that’s worth its weight in gold to sales and marketing leaders.

So with a role this vital to your organization’s growth, it should be well respected. Right?

I wish. A majority of companies show little to no respect for someone in the SDR position. It’s the role we respect the least, pay the least attention to, and try to rush people out of it as quickly as possible.

And we force that notion! The SDR role is looked at as a stepping stone – a place to earn your stripes and prove that you have what it takes to move into a closing role. We’re conditioning SDRs to think that the only way to succeed as an SDR is to get promoted out of the role.

Why would someone care about their job as an SDR if they’re going to leave in 9 months anyways? Especially when they get lackluster training, earn very little money, and get disrespected both internally and externally on a regular basis.

Of COURSE, no one wants to stay in the SDR role, we make it miserable while they’re in it.

So how the heck do we fix this?

We touched on some options above that work well here, namely giving SDRs more responsibility and allow them to manage others. If you want someone to stay in the role for longer than 9 months, you have to show them respect.

🎓 Educate them on different aspects of the business. The SDR position is basically a business bootcamp, so give them a chance to explore marketing, customer success, sales engineering, etc.

📈 Give them something to reach for. Open up a seat at the executive table for your sales development leader. If the SDRs on your team can see someone with their background influencing the direction and goals of the company, it will show them that the role isn’t just a stepping stone.

💬 Talk with them. Make time to make sure their voice is heard. Burnout is common, and it can be alleviated by opening up a line of communication with your SDRs. Give them a sense of purpose and belonging outside of metrics and KPIs.

Investing in your reps has always been a sticky situation. What if you pour time and effort into an SDR and they leave for greener pastures?

Sales development is arguably the most vital piece to your sales organization. And because of how it’s been managed, it’s also an incredibly costly piece. Turnover and churn impact your wallet more than you’d think, and it can drain your company of resources and productivity at rapid rates.

Combatting that starts with fixing the current SDR model. A lot of the issues are systemic, yes, but when companies can focus on the controllables of ramp, reward, and recognition, they can change the tides of their SDR team for good.

💪 Reps with a stronger ramp plan and better training foundation have the ability to stick around longer than reps who don’t.

🎁 Reps who are rewarded – intrinsically or extrinsically – properly don’t have as much of an incentive to jump ship.

🌱 Reps who are recognized and invested in see opportunities for growth within your organization vs. outside of it.

Let’s fix sales development one team at a time.